January is the first month of a year which is determined on the Gregorian calendar according to the global applications recently. According to the many communities, January means the "changing" month. Because many changings start with the new year in many countries of the world. It's a kind of common belief. The goals set with the arrival of the new year are usually related to the issues that cannot be achieved or the issues that are missing. Planning them enables investment in the future. It makes it easier to start again with a greater desire without being stuck on those who cannot be made, those who cannot be grown and those who cannot be achieved. The stopwatch is reset and restarted. However, what needs to be considered here is how much unfulfilled goals, unchangeable changes are compatible with one's personality and living conditions. In other words, the closer the goals and the desired changes are to reality, the easier it is for one to change oneself. If you are looking for January 2020 calendar, you can find a lot of alternatives on the website easily. You can choose which one you want, and download it easily. There will be no technical requirement for this process.

In English, the name of January comes from Janus, the Roman God who looks to the right and the left. Because January has two sides. One side represents the end of the last year and the other side represents the beginning of a new year. The Latin of January was named as Januarius mensis ("the month of Janus"). In addition, the term Janus is used nowadays when referring to two opposite words in English.

History of the Month of January

In ancient times, human societies often sorted out what was going on or what they valued and wanted to keep in their waist by natural events. People used the Sun and the Moon to measure time. Those who use the Sun have formed the solar calendar based on a complete rotation of the Earth around the Sun. Egyptians used the first solar calendar in history. Those who used the Moon to revolve around the Earth 12 times used the Moon calendar. Sumerians used the first monthly calendar. Every community used a special day that they considered important for themselves as a starting point. For example; Romans considered the establishment of Rome, Muslims considered the date of Hijret, Christians considered birthday of Jesus.

The name of the month of January comes from Janus who is the Roman God at ancient times. The Roman concepts of time still find their place in our lives. In the calendar organized by the Gregorian Calendar of Pope Gregory XIII.Gregory; birthdays, wedding anniversaries and public holidays. This calendar is a revised version of Julius Caesar's calendar, which appeared in 45 BC. The origins of the month names are based on Roman gods, leaders, Roman festivals and figures. The Roman calendar actually had ten months. This calendar is attributed to Romulus, the legendary king of Rome. According to tradition, the first month in the Romulus calendar was named after Martius, inspired by the Roman war god Mars, who was said to be the father of Romulus. This month is followed by Aprilis (April), Maius (May) and Iunius (June). It would not be wrong to say that these months are derived from Roman gods or the values of their culture. The months that follow are much simpler, until the fifth month (Quntilis), the sixth month (Sixtilis), and then the tenth and last month, December. This was added to the calendar two months later; Ianuarius (January) and Februarius (February) were attributed to the second king of Rome, Numa, at the beginning of the year. Although the number of months is now 12, the order of the months has been preserved without any change.

Important Days for January 2020 in the USA

If we are looking for the concept of religions to the new year, we can say Orhtodox Christmas day will be celebrated on January 7 and the new year will be January 14 for 2020. On the other hand, January 25 will be the Chinese New Year. The Americans will also celebrate Martin Luther King Jr. Day on January 20, 2020.

Are you looking for a calendar to download for January 2020? If your answer is "yes", you will find some different alternatives on the page easily. Choose your best downloadable and printable January 2020 calendar, and save them as PDF or JPG format. This will be a very easy task for you to download a calendar and fill them. You don't need any technical information to do it. After downloading your calendar file, you can print it and make your plans monthly or yearly. There are some alternatives that you can find on our page easily and save them as different file formats in seconds.

In conclusion, January is the beginning month of a new year, so the plans are made by people during this month for the next months and years. People give a lot of important decisions on January for the important subjects like business, education and family. So, we can say every January is a kind of clean paper for people. You can start write and draw everything about your future plans with starting the month of January every year. 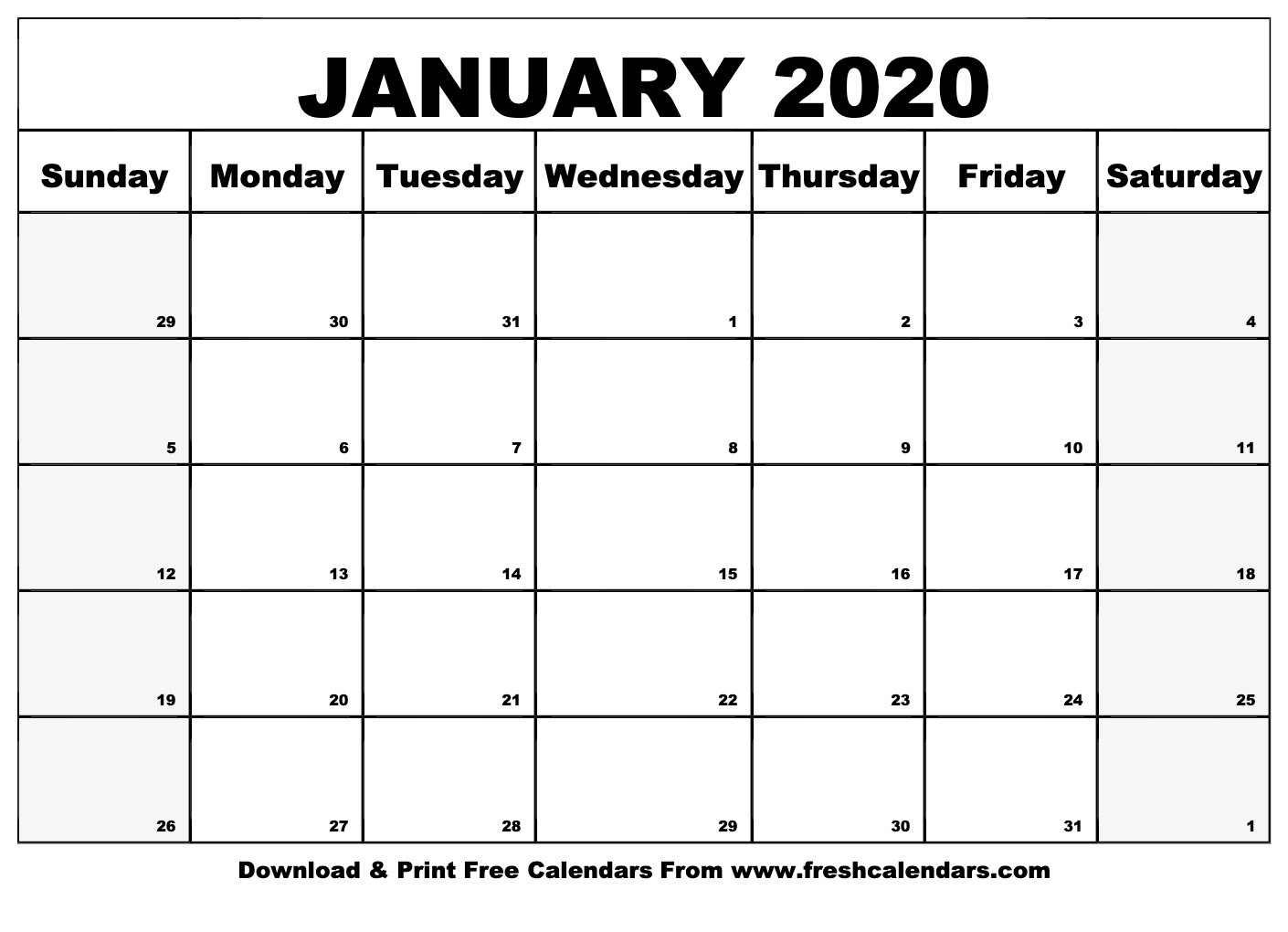 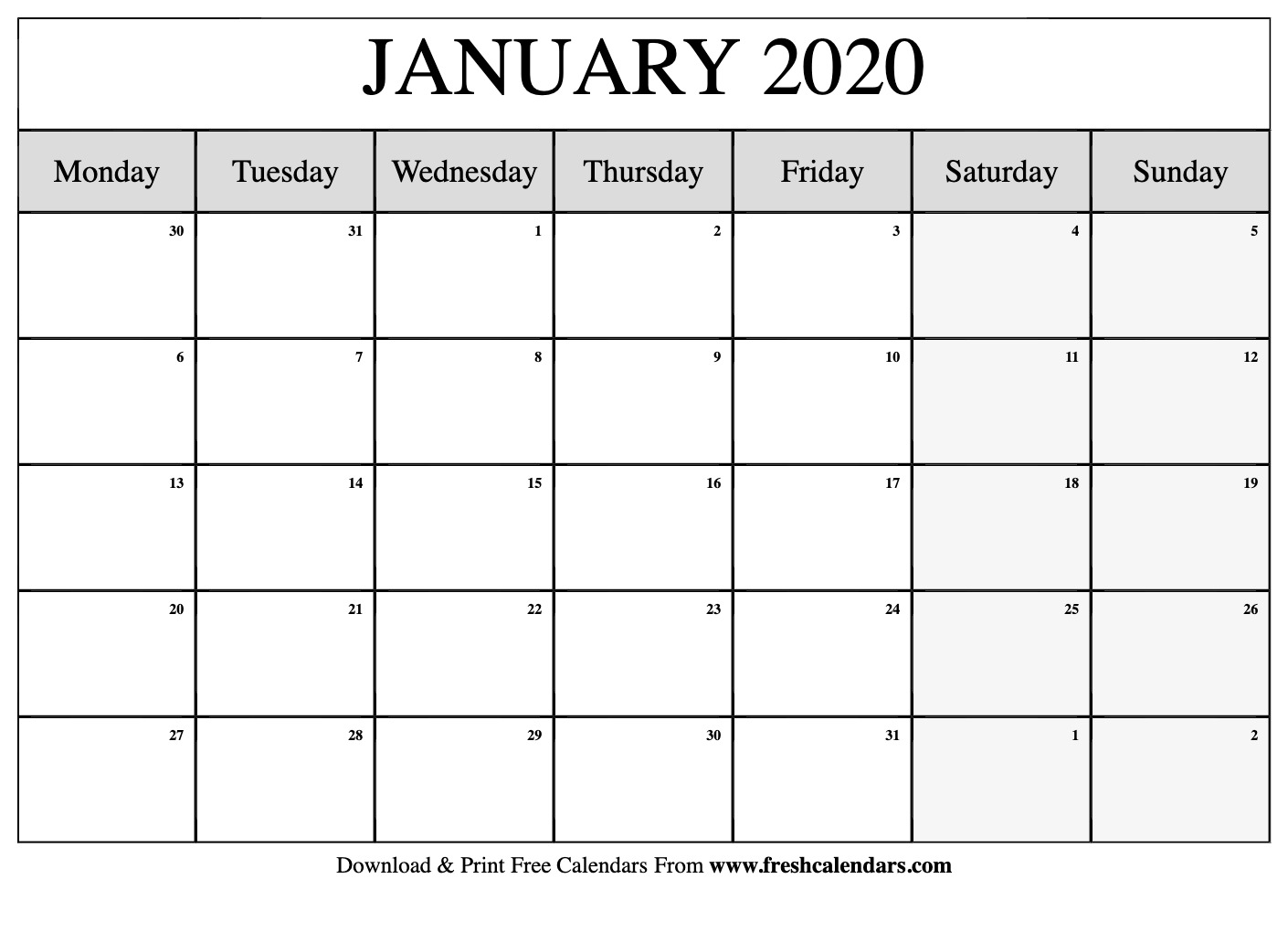 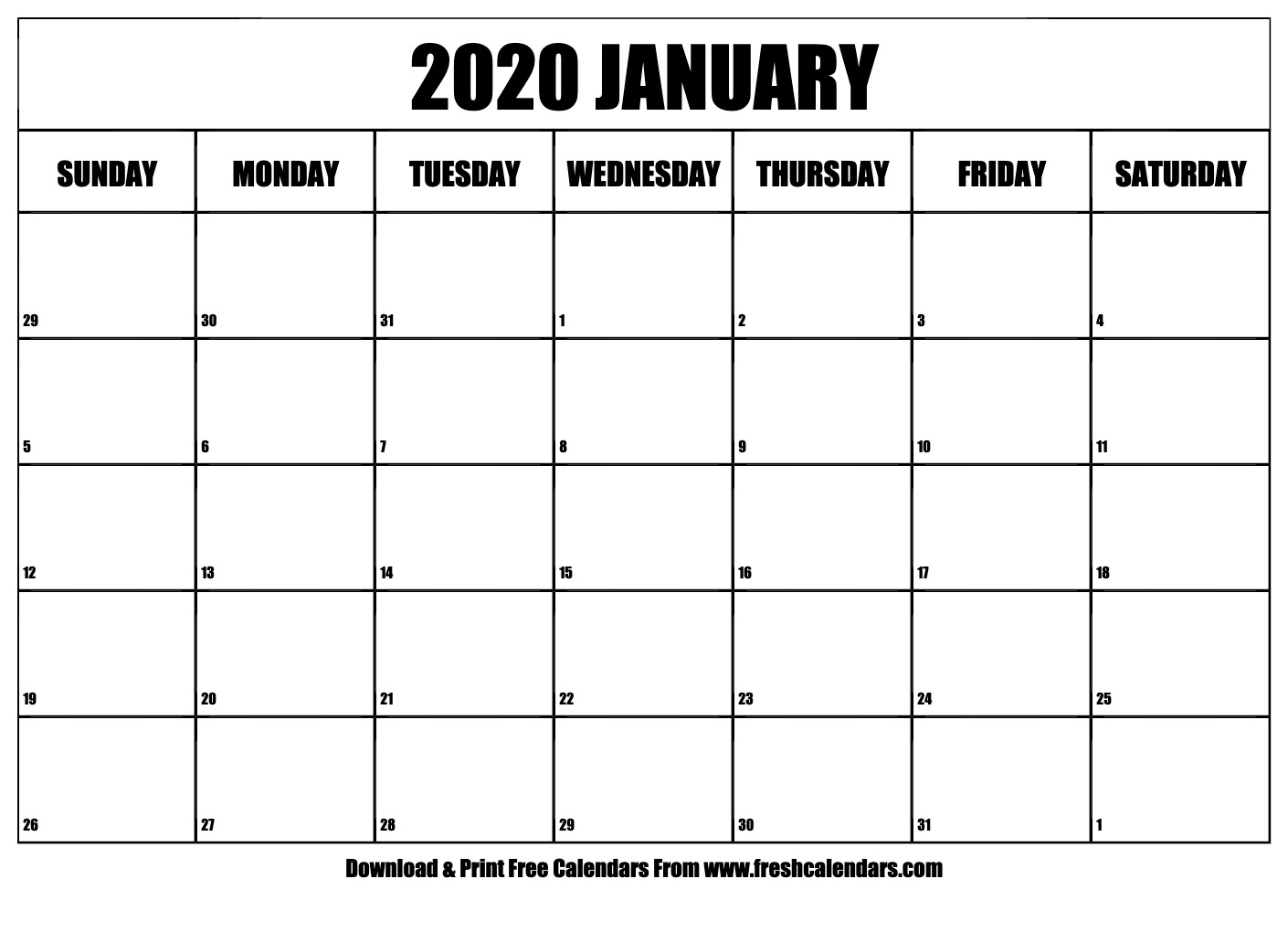 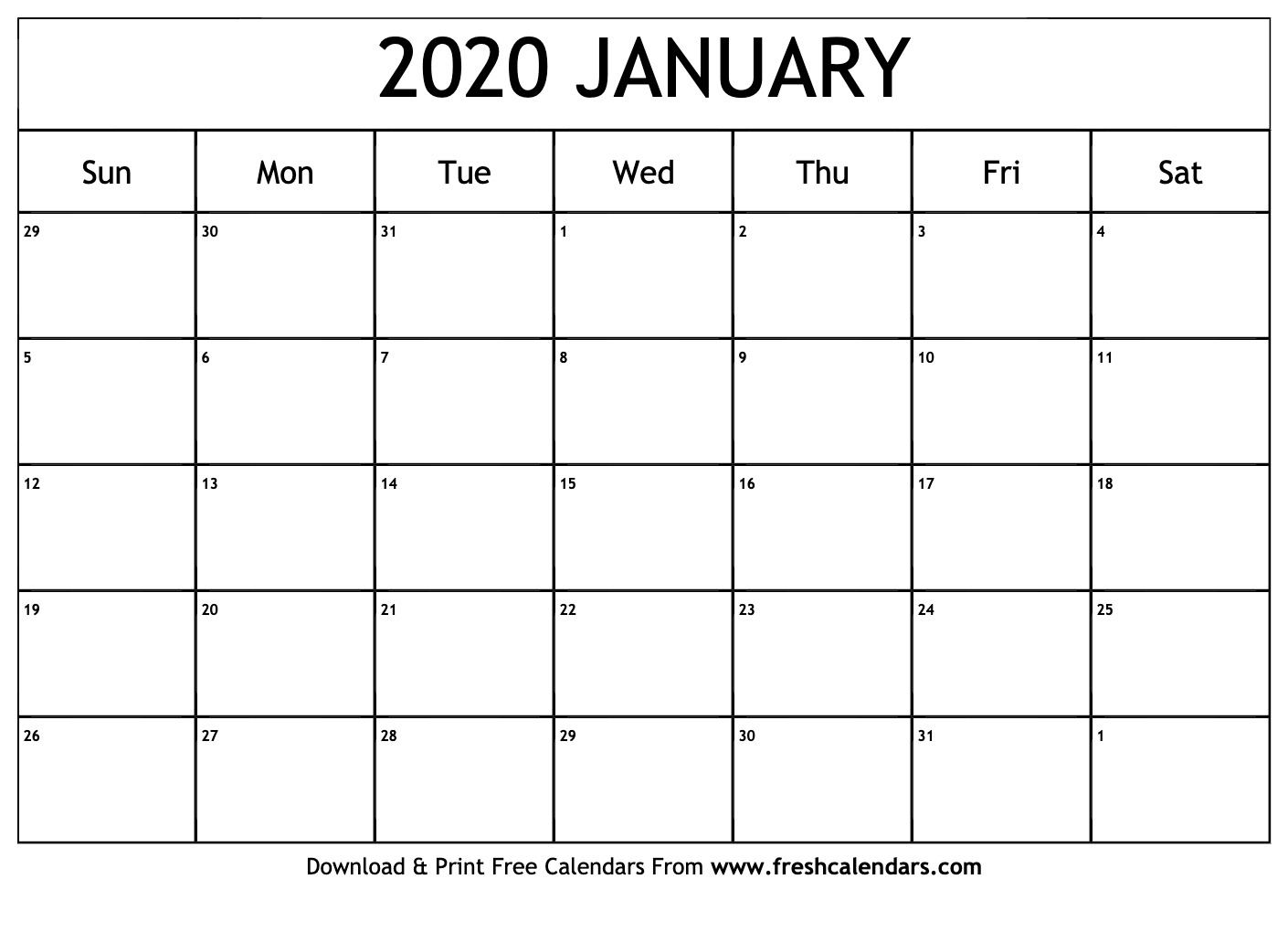